A successful start to the 2018 Hound Season by Annie Jameson

It was a dry start to the hound hunting season after an extremely hot, dry and long summer. Here are my recounts of the first couple of weeks.

We got to camp late Friday to be greeted by the boys that were up the day before, looking for some fresh sign. The hot and dry conditions meant they had found very little sign, apart from a couple of doe prints down low. 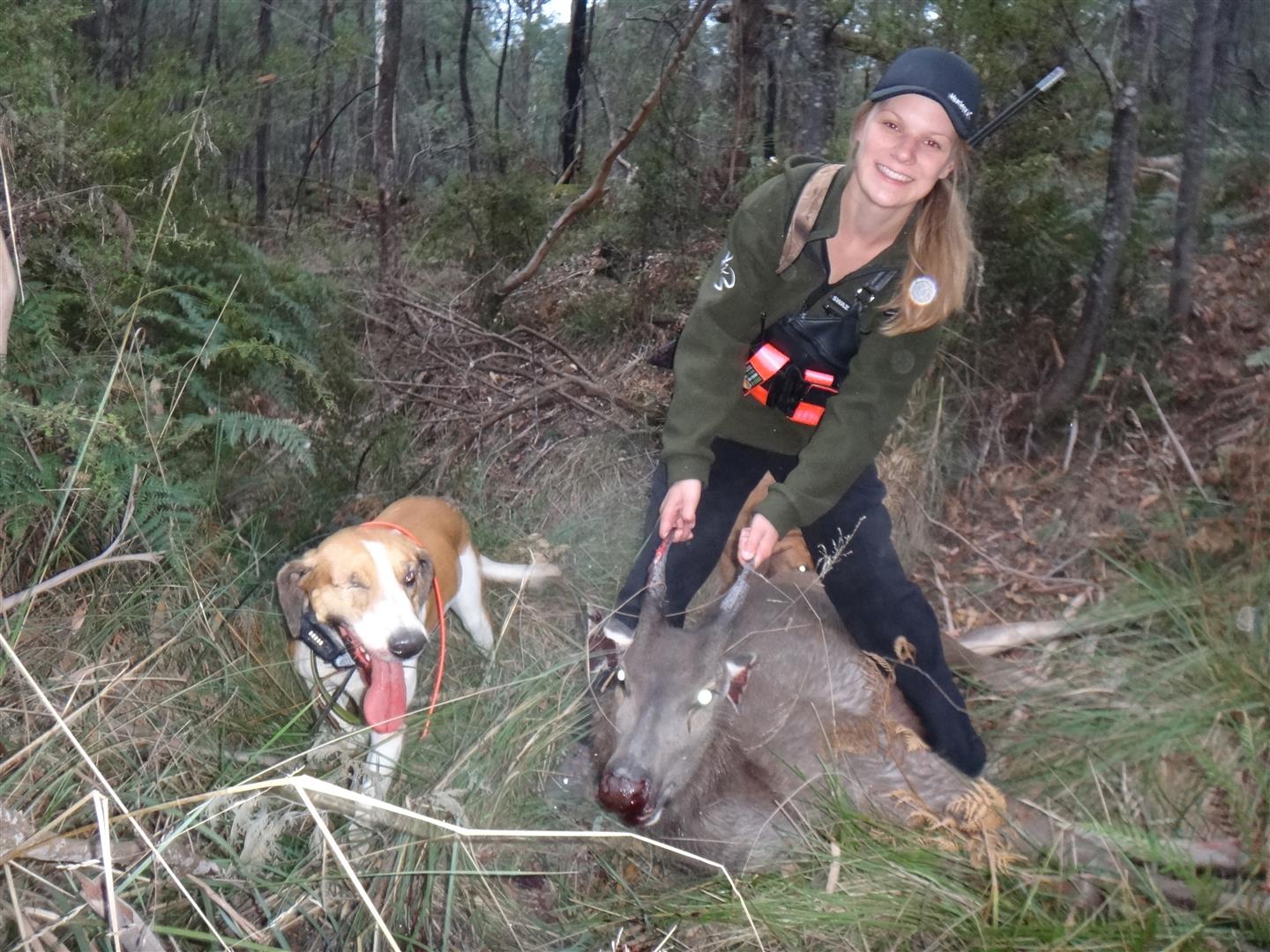 Saturday morning, we were up well before the sun, to make the best off what was going to be a tough start to the season. I was dropped on a spot and the hounds were taken down the system to be started. It wasn’t long and could hear the hounds, as they started contouring my way. I could hear that they were going to go above my position, but the bush was open so I started to run up the hill. With a quick 200-300m run up the face, I caught a glimpse of the spiky as it turned and ran toward me. As the deer came in to view I could see 4 hounds and they were walking bail, as the deer went past I could safely take a shot, with the 4 hounds safely behind the deer. The dogs got a pat, and one of the guys came up to get some photos and help with the meat. 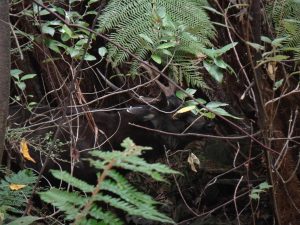 A few minutes later and it was time to find another deer. I walked them high above where we had found some fresh sign that morning. It didn’t take long before one of the hounds let out a couple of barks, and then I could hear all 4 dogs in full voice. I let the guys know the hunt was headed down stream. I dropped back down the spur and found a nice saddle to wait, 20 mins later I could hear the dogs swinging upstream towards me. A few minutes later and I could see a doe heading around the hill with the dogs hot on their heels. I took the shot and let everyone know it was all over, they had just shot a small stag of another pack of dogs downstream. We made the decision to call it a day by 9am, as it was quickly heating up and we didn’t want to overheat the hounds. I was only a couple of hundred meters from camp, which made the carry out easy. I grabbed some photos and did some butchering to feed the dogs.

The week dragged on but finally it was Friday night and we were loaded up and heading up the HWY. 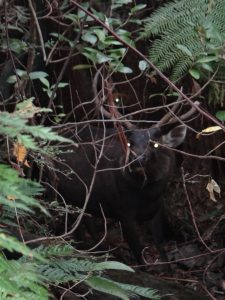 It was my birthday this week, so that morning the guys joked about me walking off the top to shoot a birthday stag. I was pretty keen to get the hounds started, Magoo said we were hunting the tops as he knew there were good numbers of deer and it would be a little cooler. The hunt was lined out and I got dropped off on the top of the snow gums with six hounds to walk into the head of a thick gully. As I started walking down the spur Kev got on the radio to say he had got a start and for the guys to get ready. A few minutes later he got back on the radio and his hunt was over with the stag down. Pressure was on for me to find a start with my pack.

It wasn’t long before my pack found a scent and started cold trailing, they quickly split into two packs. I found a lot of sign so continued to walk down the spur. I continuously tumbled through the thick scrub and the fallen logs, luckily my partner Jack, was there to help. The spur dropped away and the bush became super thick to walk, but we had to continue as we could hear the hound’s voicing which they had bailed 600m below. We walked into the bail up and were lucky enough to be able to identify all the hounds, and take a shot. I took the shot then the doe rolled down the steep face until it got tangled up in the scrub, we took some photos and filled the packs with meat. I set off in pursuit of the other hound ‘Ink’, that had split off earlier. 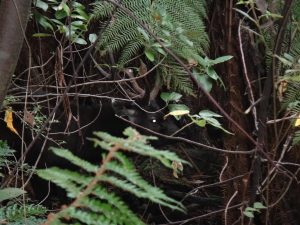 As we contoured high to where ink had crossed out earlier, within a few minutes I came across some beds. The hounds were showing some interest and within 100m they lifted the deer. They quickly rounded the spur and were out of hearing. They were headed towards the old bitch ink that was bailed. Magoo was already at the bail up. He said, she had got my ‘birthday stag’ bailed and I better go shoot it. I had quick look on my gps, and said that I had a little over a km to the bail up, but I was on my way. I started my walk to the bail up following any game trail I could find.

The second hunt ran right through the original bail up, as it passed through Magoo noticed it was a nice stag.

The original stag was taken by Magoo as he decided this one, was to be the birthday stag. The race was on, and it wasn’t too long before we had another bail up. The regrowth was amazingly thick; it was like nothing I had experienced before. It was both mentally and physically challenging, but I was determined to push my way through to get to the bail up.

The adrenaline was pumping, especially when dropping into the creek, to where the stag was bailed. The noise was awesome and I was keen to take the shot, but I quickly decided I needed to get some photos of the bail up. 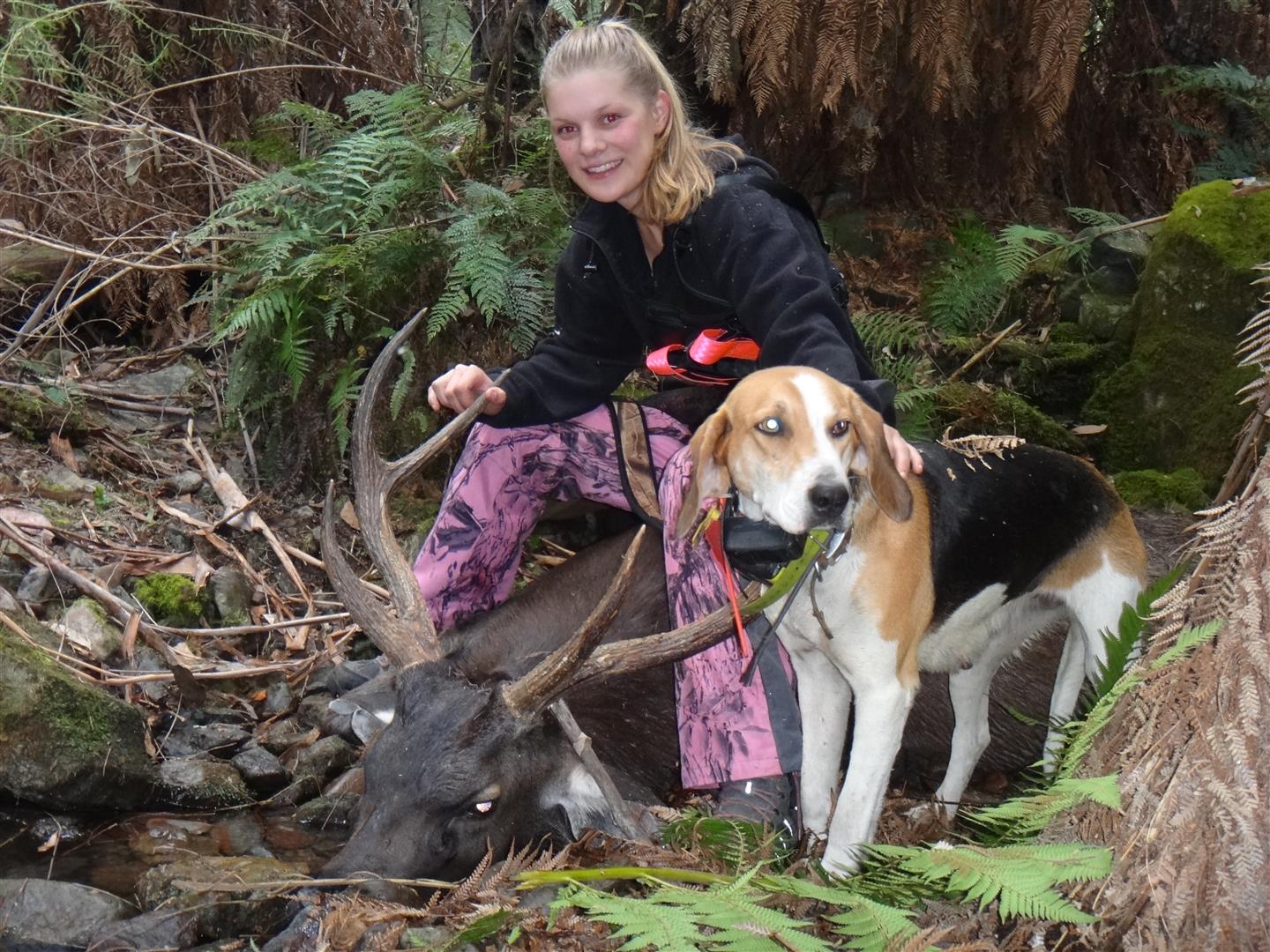 After a few pics, I shifted into a clear opening to get a shot, to where the dogs would be safe. The stag was hard but only just out of velvet. Unfortunately, on his challenging race down to the bottom he broke an antler. It doesn’t matter and it adds to the story.

We took some photos of the stag and the hounds, then assessed the walk out. We quickly realised that in the heat of the moment and the excitement, that we had made short work of a 3km descend from the nearest road.

It was quite the load back up, but it had to be done. At last we met the boys back up at the top to grab a ride back to camp. Got back to camp, to where the hounds were feed and watered. Then it was time for a celebration.