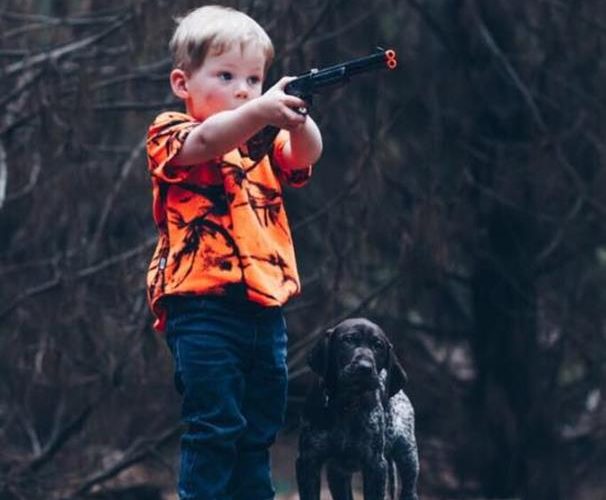 I know as a parent all I want for my kid is for him to be healthy, happy, safe, to enjoy the little things in life and to be able to express himself.

Finding out I was pregnant was a huge shock definitely unexpected but I was over the moon I couldn’t have been happier apart from the fact he was due in June: there goes a season of hunting; I thought to myself then talked myself round thinking I would still be able to hunt heavily pregnant, yeah, the baby brain was defiantly talking there. 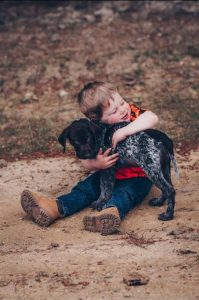 g after I had Ryder I was back up the bush hunting but it just wasn’t the same I felt a part of me missing it was like forgot something, so I took a step back I stopped hunting for a little while and focused on being a mum. Then it all came to me one day whilst I was sitting on the couch with Ryder in my lap crying, I was watching old hunting videos I had on my phone when a video of one of our bloodhounds in a bail came on Ryder instantly stopped crying and just looked at me and smiled. I knew then and there what was missing I now have a little hunting partner a little shadow to take up the bush with me and I couldn’t wait for him to be old enough to come with me. So as the months went by I started getting myself prepared for what the next couple years had in store for me.

Once Ryder had gotten to about one year old where he was starting to string together a few words he quickly learnt the basics, the dogs go woof woooof woof and chase bambi, the gun goes bang and bambi goes HONK.

Then along came the attitude he would sit at the door and cry because he wanted to go up the bush he would drag around deer teddies shooting them with his nerf gun. Being so young and being winter I was still reluctant to take him up the bush. We would go for drives or walks, if the day was nice I would chuck him in the baby carrier and lug him up and down hills whilst he just looked around and pointed at everything just loving every minute of it whilst I’m almost dying thinking how bloody unfit I am. At this stage he is starting to put together a few more words and started asking about going up the bush and that he wanted to shoot bambi. This is where I thought I could build a solid foundation of gun control and appropriate methods, so off we went to the toy shop and we brought him his first gun it was a plastic “police” gun it was a pump and even had a little red dot on top. He quickly learnt that you never point your gun at people, how to hold it correctly and I started to explain why we shoot Deer. He learnt very quickly that we shoot bambi to eat and to keep food on our table. 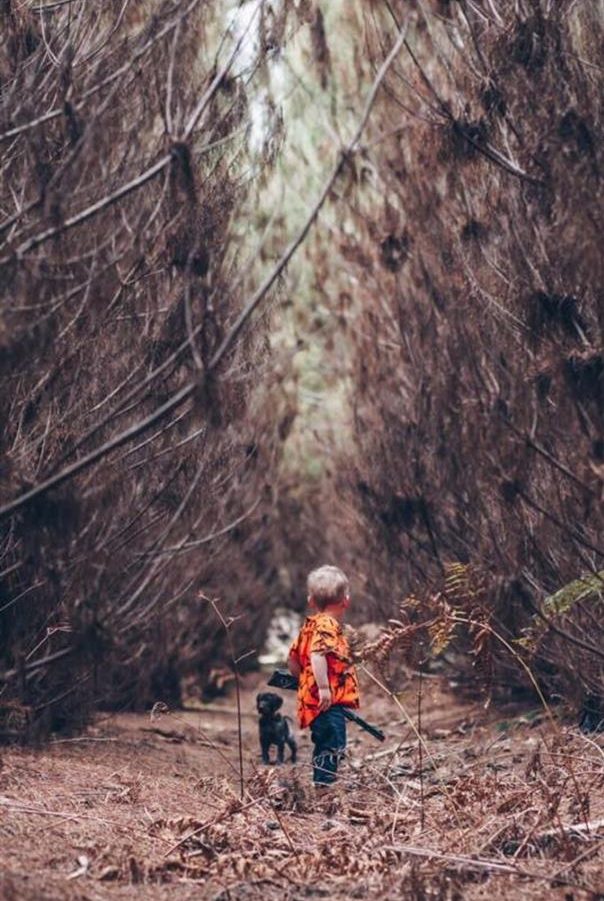 At the age of two and a half I decided it was time, Ryder had shown so much interest I had brought him his very own GSP puppy which to my disgust he named chicken nugget, but hey every little boy deserves their own puppy so if he wanted to call his puppy chicken nugget then mate go for it. He has put that little puppy through hell and back they spent hours and hours outside walking around pretending to go hunting. Then along came hound opening 2018 and I thought stuff it you’ve been camping a few times you came stalking a few times let try your first-time dogging.

So, Friday night came around Ryder had his gun, his radio pouch, His hunting clothes and his puppy and they were sitting at the door waiting for Dalton to get home, once Ryder heard Dalton coming down the road he was yelling at me telling me to hurry up because were going up the bush. It was safe to say we had one very, very excited little boy who I thought would have been asleep on the way up but no, his eyes were peeled and he was already looking for bambi. Once we got to camp he sat around the fire played with his toys then came and said “Mummy I got to get up early in the morning lets go to bed” so off we went jumped in the rooftop tent and he was straight to sleep.

Daybreak comes around the next morning and Ryder is still snoozing away so the boys all head off and I say I will come down when he wakes up.

7.15am Ryders up and straight into his hunting clothes grabs his gun and his radio pouch and off we go, he was that excited he wouldn’t stop talking when I finally got a word in and explained to him he had to be quiet end listen to the dogs I don’t think he said another word unless he was spoken to. After about an hour there was a deer on the deck and the walk in to Ryders first deer started unlucky for him it wasn’t a great walk in, straight through blackberries and ferns that towered over him. But no complaining he dragged himself and his gun the whole way in and god it was worth it the smile on that little boy’s face when he seen ‘his’ big hunting dog standing next to the deer.

He put his gun down 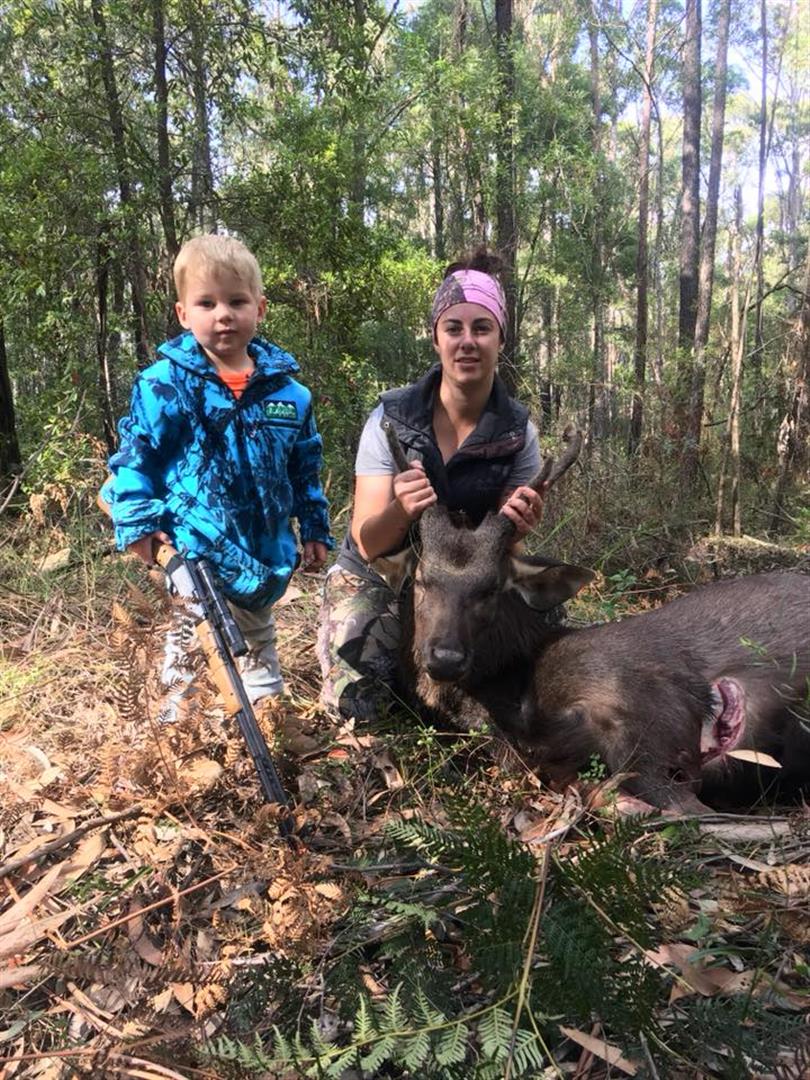 and went over and gave Red a big cuddle and said well done.

Ryder sat there and watched the boys cut the deer up and asked what felt like 3 million questions then even helped with the carry out. He was over the moon he had caught the bug and I was just as happy that finally I can take my little man up the bush and we can do what we both love together.

The day went on and there were a couple more deer on the ground and Ryder was right in the action every time and I don’t know how but he kept that massive smile on his face the whole day his cheeks would have been so sore. When home time came around he was well and truly ready for bed so he had his shower and off he went. As I was tucking him in I asked, “mate, what did you want to do tomorrow?” he looked at me and said “Mummy I just want to go hunting again.”

As I try to explain to everyone its not just a hobby it’s a lifestyle its something you live for it brings happiness and it also puts food on your table sure there are hard times, times you want to give up. There’s the people that tear you down. I have received so much criticism from family, friends and strangers on my views and that I take Ryder hunting, at one point I even got told that I was the poorest excuse for a mother and that my child will get taken off me. Mate you can criticize me all you want but don’t bring my son into this he is just an innocent little boy doing what he loves! I also get asked a lot “What happens if Ryder doesn’t want to hunt when his older?” well he doesn’t have to I’m not forcing him into anything if one day he wakes up and doesn’t enjoy or doesn’t like hunting anymore then that’s fine with me. 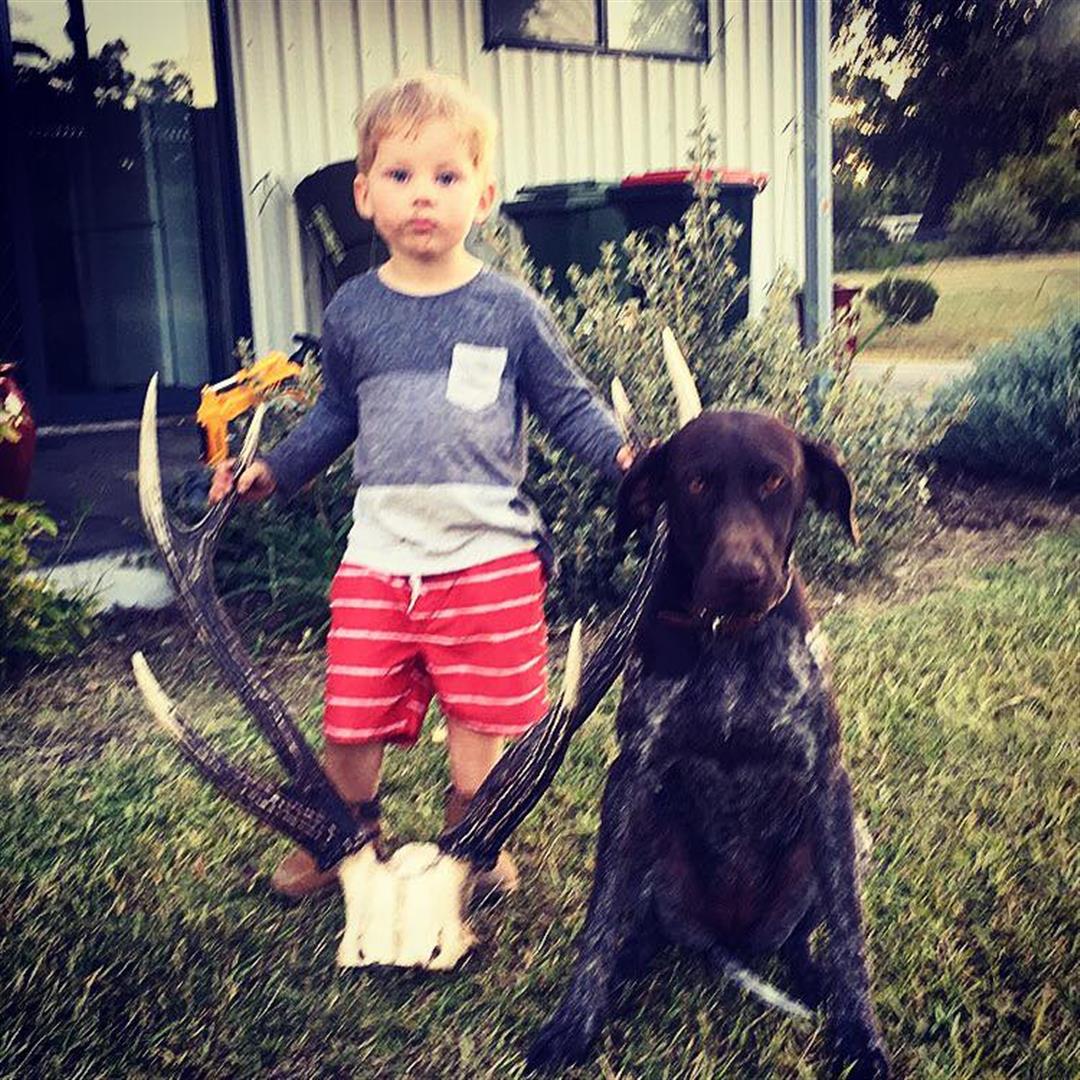 So basically, what I’m trying to say is Guys, Ladies if you have kids young or old and your worried about taking them hunting I strongly recommend it, Ryder comes with me every weekend now and its all he talks about, I find I also enjoy it so much more now that I have him up there with me. His learning so much every trip not just about hunting but life in general. In a world full on snotty nosed kids, with no manners or respect for the world we need to teach kids the simpler things in life get them outside away from the TVs and gaming consoles.

Kids who hunt and fish don’t steal and deal. 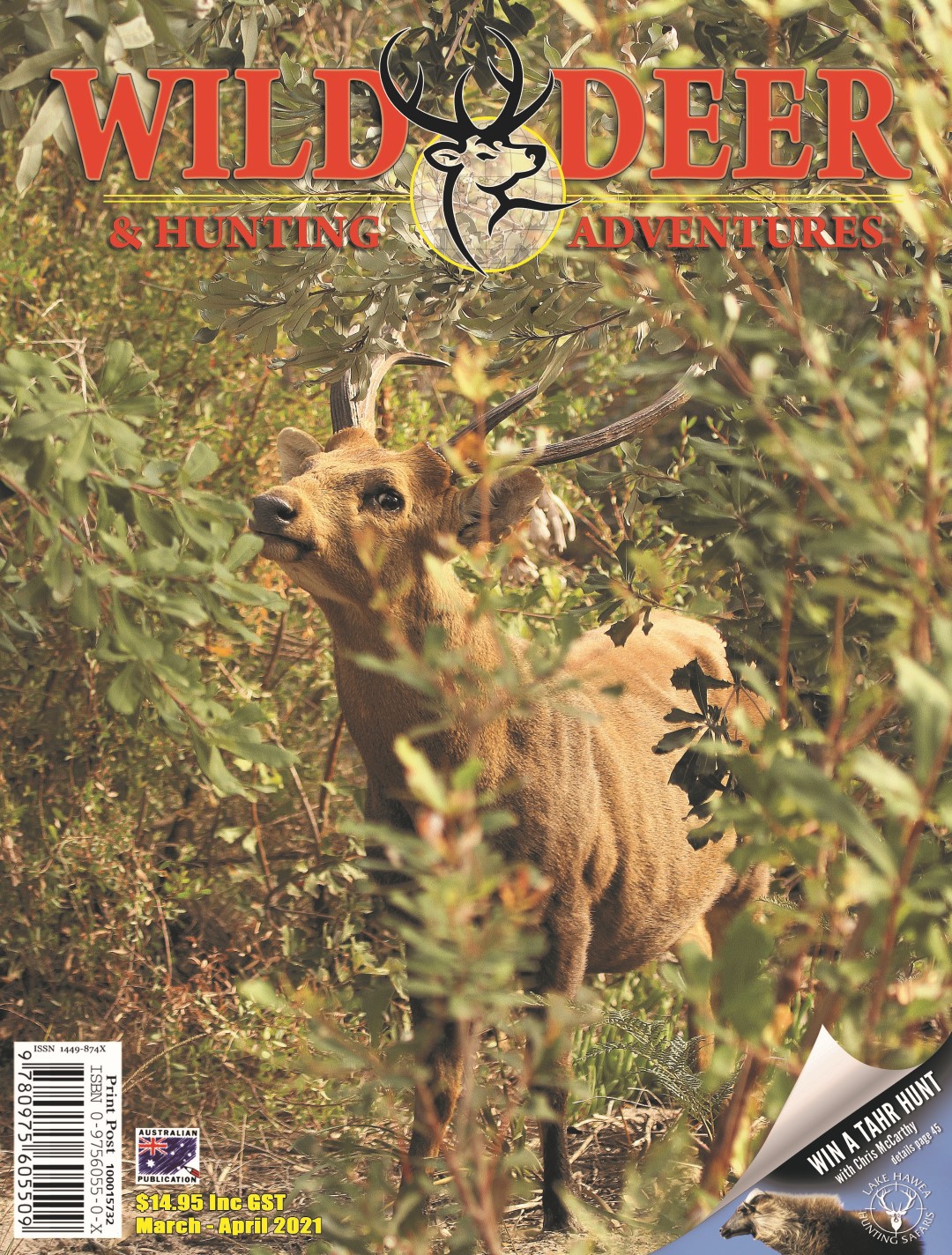 April 15, 2020
After a challenging and very hot day, @conservatio

@coreyknight55 has had a cracker start to the year

What a fantastic photo captured by @bearded_bowman

@strzbowhunter had an incredible day out a couple

Happy hump day to you all, here’s a great bit of