There are several sub species of Maral that include Tian Shan Maral (Cervus canadensis songaricus), Altai Maral (Cervus canadensis sibirica) and Manchurian wapiti (Cervus canadensis xanthopygus). Although closely related to the red deer and previously classified as Cervus elaphus, recently they have been classified the same as North American Wapiti (Elk) being Cervus canadensis. Reporting accurately on this species would surely be the most confusing assignment due to the fact that many varied studies by so called experts can not even name the species correctly. It is possible that additional subspecies of Maral exist, and some authors have classified separate ones to the above, however there was not enough credible information available to carry this further. In some regions (one Kazakhstan National Park for example.) Maral naturally occur and connect with true Red deer herds. Here natural hybridization occurs between herds. Wapiti and Red deer cross breed readily and this has been the major factor in the decline of New Zealand’s once remarkable, pure wapiti herd. Although there are reports of Red deer in China, Mongolia and Russia these reports I believe are of Maral incorrectly reported as Red deer. To complicate matters further, in some parts the various Maral subspecies connect, and although this is not discussed, there is no doubt there is hybridization between two subspecies. 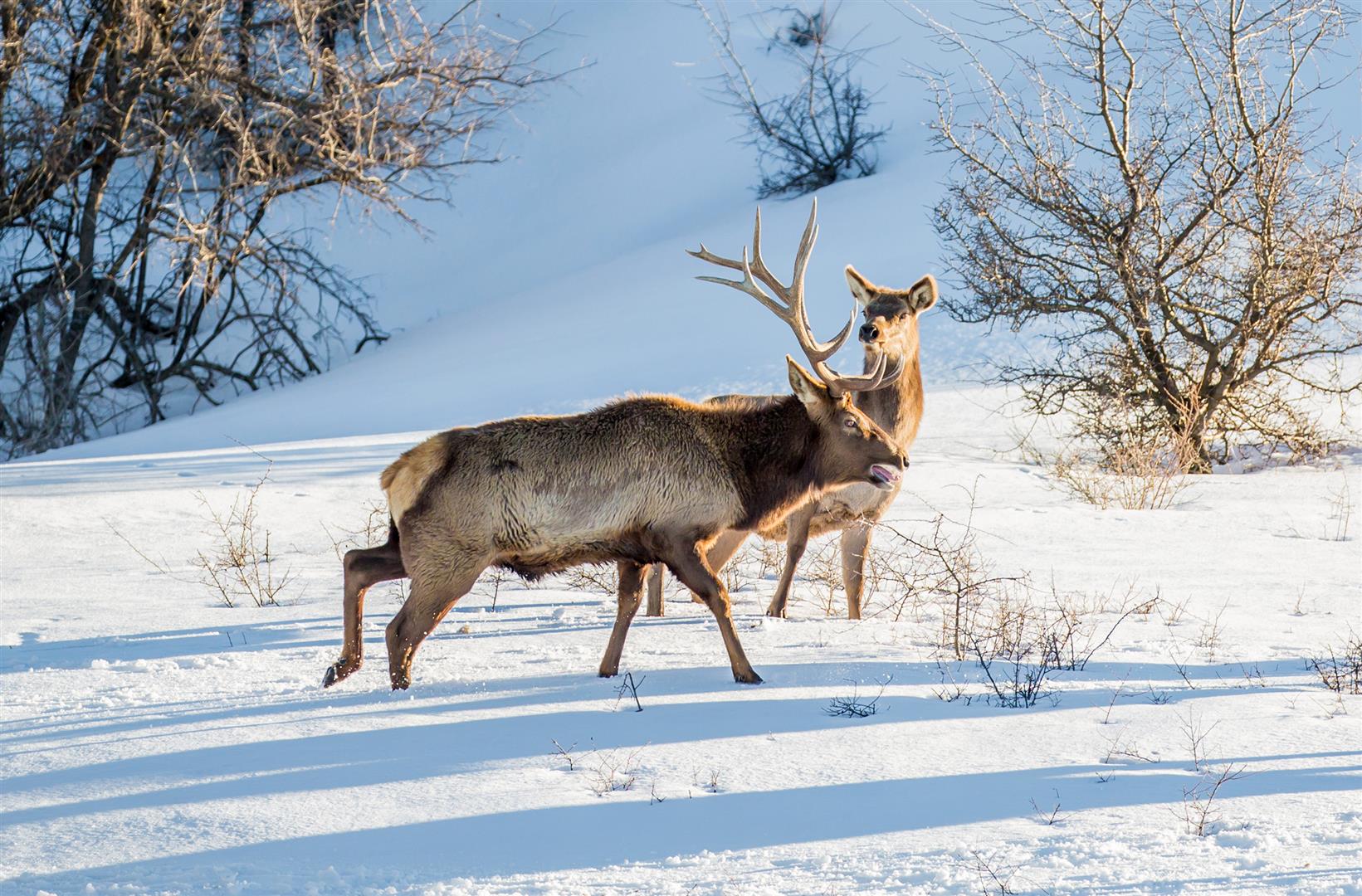 The Tian Shan Maral (Wapiti) or Semirechian Maral found in the Tian Shan mountain ranges of Eastern Kyrgyzstan, southeastern Kazakhstan and north Central Xinjiang of western China and Russia is the largest in size compared to other Asian Maral and has slight colour and style differences. The populations in China are estimated at approximately 50,000 (there is currently no hunting in China – it was suspended in 2006). Tian Shan Maral grow the largest antlers. The record antlers are 60inch long (152cm) with 19 antler points. It’s darker than the North American wapiti and has a longer skull length. The colour is dark brownish-grey, with head, neck, underbelly and legs dark brown with a tinge of red. There is a wide, light-coloured ring around the eyes and narrow white boarder on the upper lip around the nose. The rump patch is very large and bright reddish-cream in colour with a dark brown border.

The smaller Altai Maral (Cervus canadensis sibirica) is found in sparse elevated forests or alpine regions of Southern Siberia, Northwestern Mongolia and Northern Xinjiang province of China. They are slightly lighter in colour with some minor skull differences. Their winter coat is a light greyish-brown or yellowish-brown, the head neck, belly and legs a dark brown. Altai Maral may be hunted in Russia, Kazakhstan and Mongolia (with the best trophies reportedly available in Kazakhstan). The record antlers are 54inches long with 14 points.
A photo of an Australian hunters recent, sensational Altai Maral of 55inches and 14 points accompanies this article. 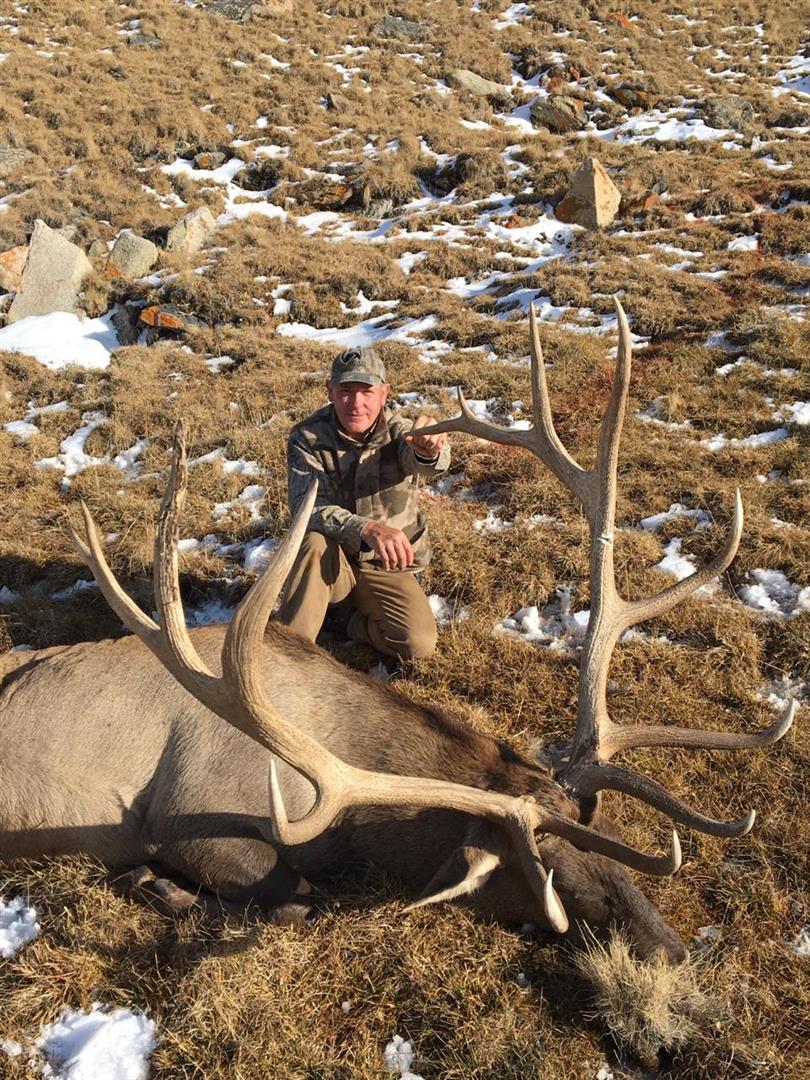 The Manchurian wapiti (Cervus Canadensis xanthopygus) or Izyubr is the most red deer-like of all the wapiti. Manchuria is a name first used by the Japanese people to refer to a larger geographical region divided between China and Russia (also home to several additional wonderful deer species). The Manchurian wapiti is smaller in size with smaller, stouter and narrower wapiti style antlers. The winter coat is dark greyish-brown and it has a very large red rump patch divided by a narrow dark stripe. It has a longer and narrower muzzle than other Asian or American wapiti species. They, like red deer, can display spots along their back when in summer coat. They may be hunted in several areas of Russia during the September rutting season. They can be found in forests throughout Manchuria, Yakutia, Northern China and North Korea. Mature Manchurian wapiti generally have antlers approximately 40 inches long with 5 or 6 points per side.

Hunting for Maral is currently offered in Mongolia, Russia and Kazakhstan and many hunts are still horseback hunts as this is the most practical way of accessing, sometimes quite challenging, mountainous environments. Most outfitters suggest that clients should be in quite good physical shape before considering one of these hunts. I can remember when Maral were first offered (in the 1990s) on the safari scene with hunts opening first in Mongolia. There was a mad scramble of hunters for many years after that as they lined up to book their seat on a stout Mongolian horse fitted with a hard wooden saddle… Russia and Kazakhstan were to also facilitate the flow of tourism dollars through promoting their countries hunting a few years later. Kazakhstan, although not as well known as Mongolia and Russia, is a central Asian country that separated from the former Soviet republic and is greater in landmass than Mongolia (individually huge countries with each, larger than half of all Europe). These countries are rich in varied species of desert, forest and alpine game animals, many of which, would rank as some of the most desirable to hunt species in the world. 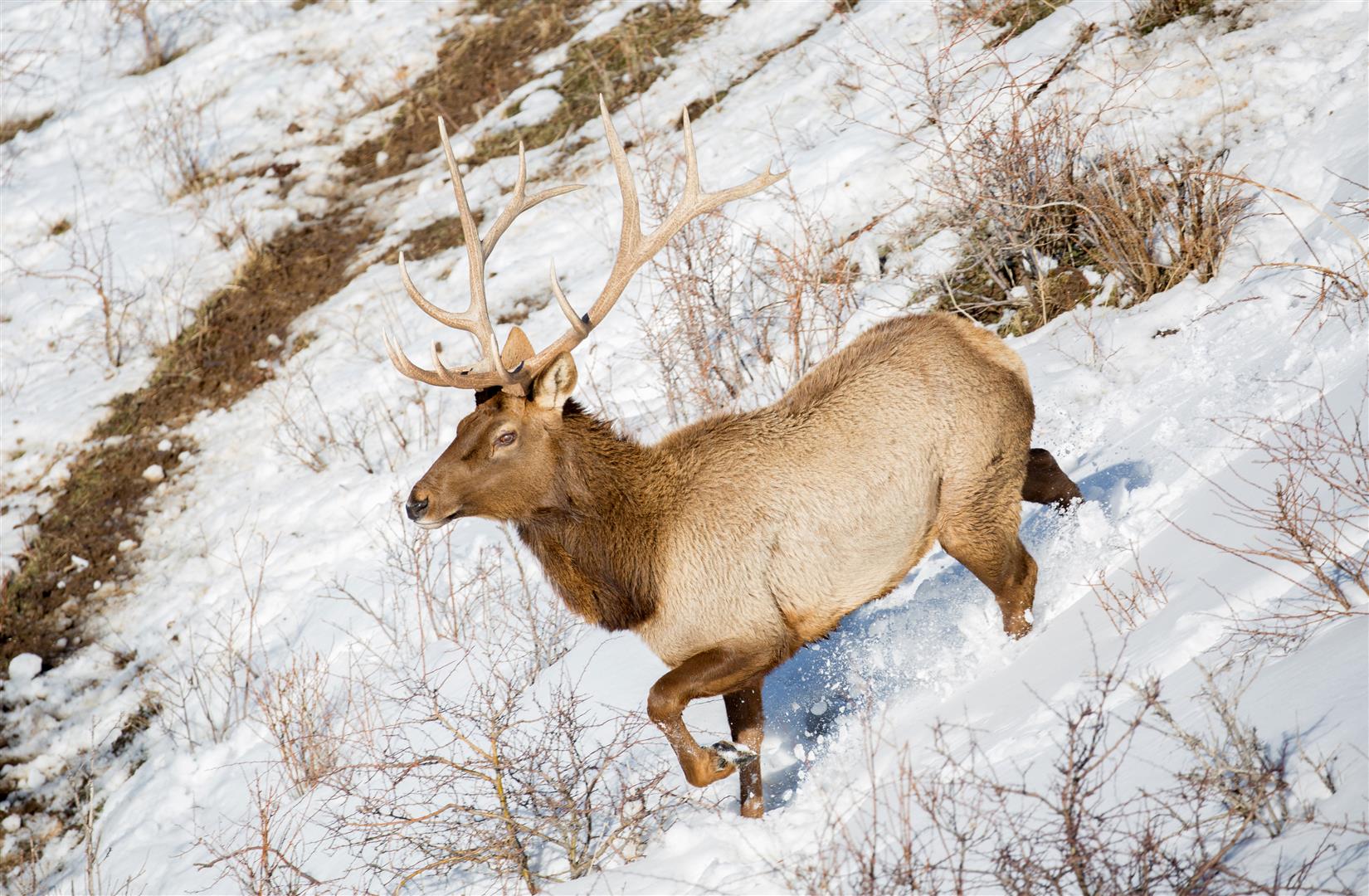 Maral hunting in Mongolia was closed during the early 2,000s as a result of a winter of record cold and a major population-crash. The government responded and increased a translocation program and anti poaching activities. The population quickly recovered. By 2011 five permits were issued and hunting for Maral re-commenced. Trophy hunting has continued to increase in regions where animal counts are most positive. As with all hunts its up to the hunter to complete exhaustive study before committing to future plans. Hunts currently are available for approx. US$10,500 – $14,500 for the larger varieties with the smaller subspecies available for more competitive rates. There are numerous outfitters from various countries who facilitate the guiding.

The Caspian red deer or Maral (Cervus elaphus maral) has caused considerable misunderstanding with the actual Maral. This deer is a red deer of the mountain forests of the Caucasus, Turkey and Northern Iran. In Armenian, Maral simply means “deer”, referring to the Caspian red deer; this explains the cause of so much misperception. 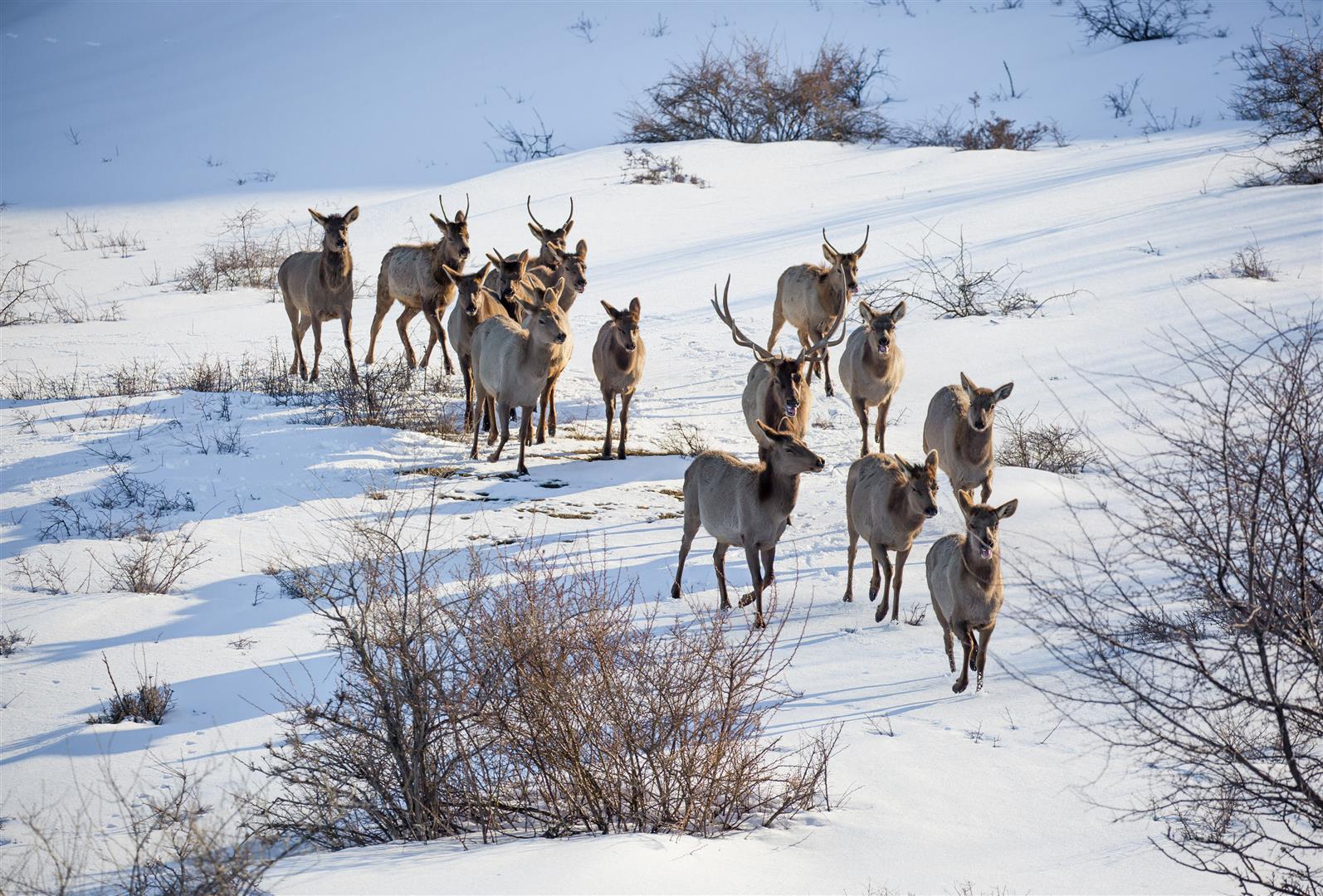 Farming of Maral is practiced in Siberia, Mongolia and China primarily for their prized velvet which is used in traditional medicines that is said to act as an aphrodisiac, bathing in the blood is also a ritual, practiced by both sexes, which is claimed to slow the aging process. Due to a high demand for these and other deer products poaching and over hunting has occurred. Increased deer farming practices have relieved pressure on wild herds and it appears wild herds are recovering.