Receiving an email from Wild Deer saying that I had won 2nd prize in the Wild Deer & Hunting Adventures magazine, story competition was an awesome distraction from one hell of a hangover after an all nighter at a B&S.

As second prize winner I got to choose from four species of deer to hunt out of four outfitters…red, fallow, sambar or sika. 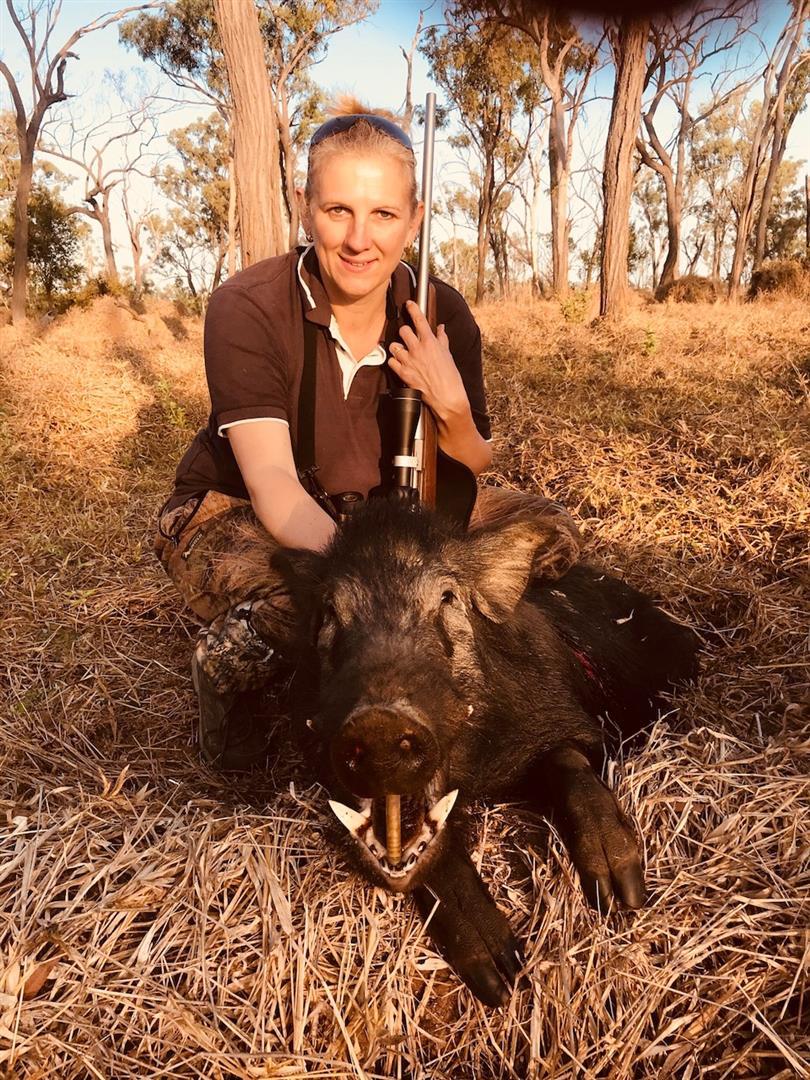 My bucket list has always been to hunt chital and when I mentioned this, Daniel at Wild Deer magazine suggested that Vince Ashe from Queensland Deer Safaris may swap the red for a chital hunt. After a few emails back and forth I was booked in to hunt chital with Vince. Over the next few weeks I was nervous as hell as I’m not an experienced hunter and thought I’d fly all that way and stuff something up. As a female heading up to stay somewhere unknown with a guy I didn’t know I nearly chickened out a couple of times. After speaking with another girl who had hunted with Vince and deciding that ‘you only live once’, my nervousness soon turned to excitement.

The big day soon arrived and as soon as Vince picked me up in Townsville I immediately felt at ease. Over the drive to our destination Vince had told me that between wild dogs, drought and poachers, the deer numbers were significantly down. Thinking the worst, I was just going to be grateful for the experience and was willing to learn as much as possible about hunting during my stay.

On arrival at the station we unloaded the vehicle and didn’t waste any time before we headed out scouting for deer. After an 8km hike we hadn’t seen any deer and only minimal sign around one dam. Thankfully I found a dead head in another dam and thought at least I’d get to take something home.

The next morning we were up at 5am and ready to go. Only a short drive from our accommodation Vince spotted some deer and stopped to watch them. Getting sight of the bigger stag in my bino’s all I could say was “HOLY CRAP!” We immediately got our things together and headed off to stalk them. As we were getting ready we heard a stag from the small mob roar – what an awesome experience!

The stag we had our sights on had wandered off with a small spiker away from the mob. We followed him for a short distance before Vince told me to rest against a tree and line the stag up. I had him lined up in the cross hairs and Vince made a call to hopefully pull him up long enough for me to take the shot. When the stag stopped it had a small tree covering his vital organs. Hoping I’d made the right decision, I chose to let him keep walking. For the next few hundred metres we stalked slowly but continued gaining ground on the two deer. The bigger stag was oblivious to our presence but the spiker was alert to something and we were worried that he was going to ruin things for us.

Under Vince’s excellent supervision I managed to take a shot at 160-170 metres. Hearing the thud I was instantly confident tha 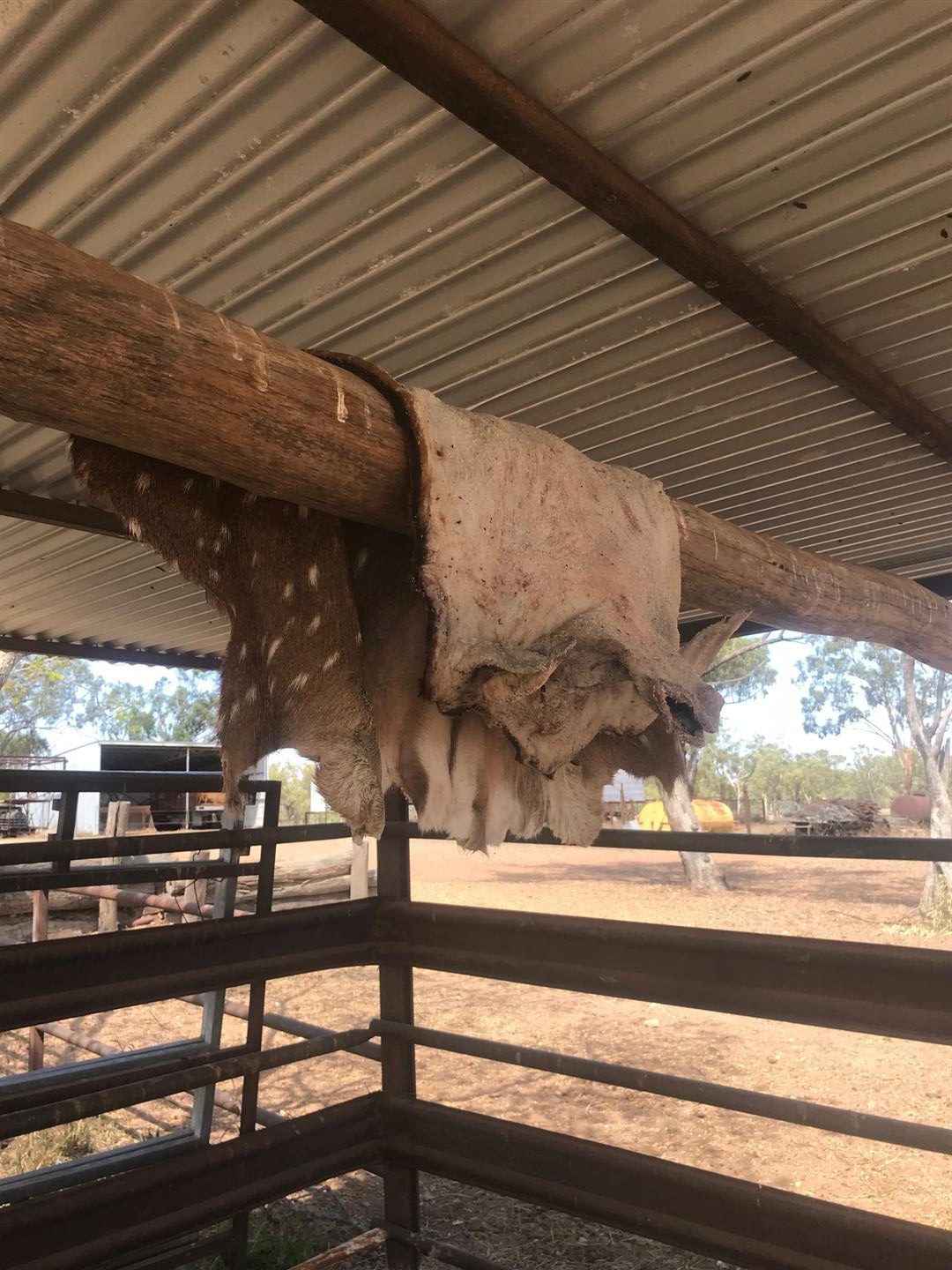 Slowly creeping up to the stag a second fatal shot was required and another handshake from Vince ensued. With my adrenalin pumping and the biggest smile on my face, it was time to admire the most beautiful species of deer and capture some photos of the moment. Vince expects utmost respect for all the deer taken and I was only too willing to sit and admire the animal and be grateful for an awesome experience.

After caping the deer out and harvesting the meat we headed back to camp for breakfast and a celebratory drink before a rest. In the afternoon we salted the cape and boiled the skull. My trophy measured 31 ¼ inches and scored 174 Douglas points ……way above my hopes and expectations!

Over the next 3 days we were out both morning and afternoon scouting around and shooting pigs. The four days I spent hunting with Vince and listening to his stories I learnt a lot as well as being entertained. Anyone looking for an outfitter can not go past Vince for knowledge and experience, I highly recommend him.

Thank you Wild Deer magazine and Queensland Deer Safaris for making my dream become a reality.

Kicking back on the couch with our magazine - Phil

The wind swirls in close proximity and it's all ov

Cold nights lead to warming up in the morning suns

Hoping that all Dad's had a good Father's on the w

When your hunt doesn't go to plan, when the world