The south Andean deer also known as the southern Guemal, Chilean huemul or guemul is an endangered species of deer native to the mountains of Argentina and Chile. One of two mid-sized deer of the Hippocamelus genus, the south Andean deer ranges across the high mountainsides and cold valleys of the Andes. The distribution and habitat, behaviour, and diet of the deer have all been the subject of study. The viability of the small remaining population is an outstanding concern to researchers.
The Huemul is part of Chile’s national coat of arms and it is since 2006 a National Natural Monument. 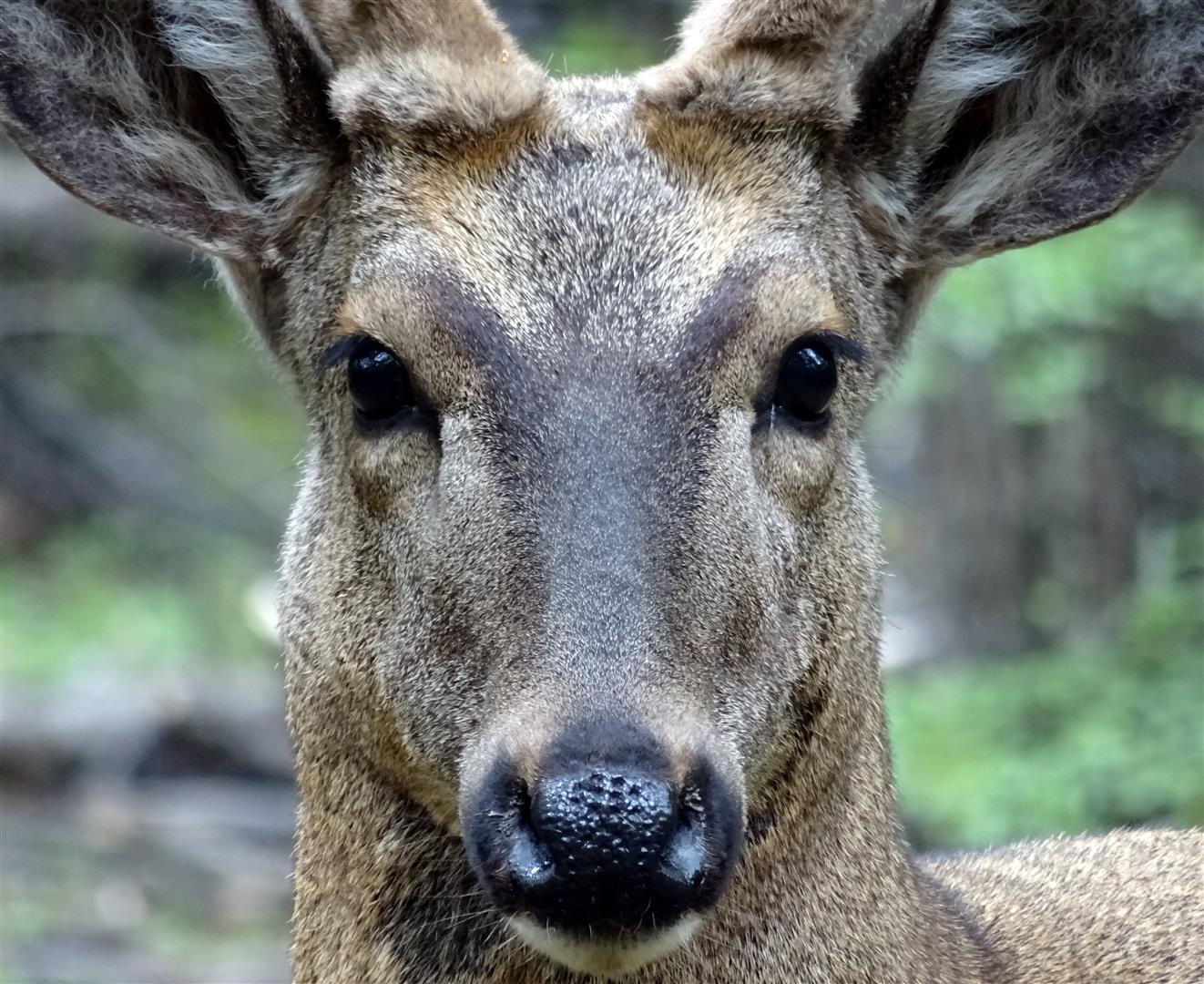 The south Andean deer is well-adapted to broken, difficult terrain with a stocky build and short legs. A brown to greyish-brown coat tapers to white undersides and a white marked throat; the long, curled hairs of the coat provide protection against cold and moisture. Does are 70 to 80 kg. (154-176 lbs.) and stand 80 cm. (31 in.), while bucks are 90 kg (198 lbs.) and 90 cm (35 in). (Other weight suggestions are lower.) There is no sexual size difference amongst fawns, which are born unspotted. Only the bucks have antlers, which are shed annually toward the end of winter. Males also have a distinctive black “face mask”, which curves into an elongated heart-shape surrounding a forehead of the principal brown colour. Research has shown south Andean deer will congregate in mixed-sex groups, and the length of time spent inter-mixing increases with group size. The farther the animals are from rocky slopes the larger the size of observed groups, suggesting predation rates are lowest on slopes and greatest in open areas such as valley bottoms.

The animal ranges across a variety of often challenging habitat. The South Andean deer inhabits grassy hills, shrublands and dense forests at elevations of 3300 – 5000 m (11,000 – 16,000′). Certain habitats are critical. Areas with fresh water are preferred. In summer, forests of upper valleys provide cover, forage and, in drier areas, water. In winter the low steep north-facing slopes serve as critical habitat. In addition to being warmer, these slopes have less snow and thus travel is easier and food is more accessible. Open periglacial scrubland (altitudes where previous glaciers have existed – and present annual freeze and thaw occur – comparable to Tahr habitat in N.Z.), low bluffs and other rocky areas, and upland forests and forest-border are principal ranges. One study of coastal fjord populations found males and juveniles preferred periglacial grassland; females were mainly found on bluffs, and fawns exclusively so. Gunnera plants (herbaceous) were a principal dietary item. The Andean deer appears to reside in area totally comparable to Tahr habitat which explains its characteristics of strong, short legs, thick coat etc which are more similar of alpine game than deer. 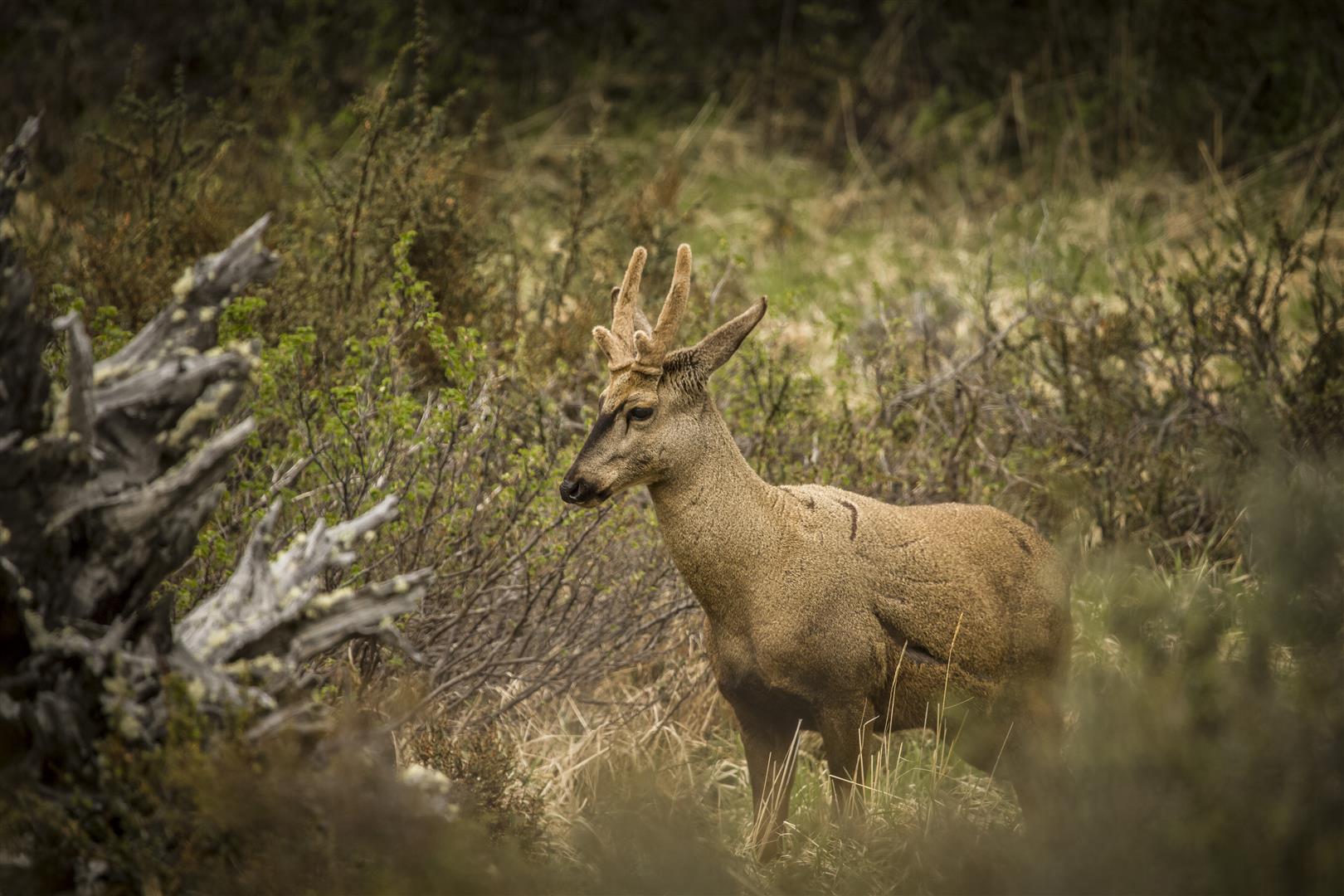 While it was previously found over much of southwestern South America, the current status of the south Andean deer is critical. Numbers in Argentina were estimated at 350–600, in fragmented groups, as of 2005. Argentinian national authorities have been criticized for calling the species’ situation satisfactory, where research shows declining numbers; further research on habitat viability and conservation centres have been urged.

Pressures on Huemul populations include economic activities and invasive species. One study in Argentina’s Nahuel Huapi National Park found thirty-two plant items in its diet. The most common of these, the Lenga beech (one of the nothofagus family of trees similar to Tasmanian myrtle and several N.Z. beech), was also a primary food item of the red deer, causing displacement to marginal areas and increased vulnerability for the smaller South Andean Deer. Both decreased reproduction rates and increased morbidity may be affecting the population in Argentina; predation by the cougar, the South Andean deer’s only natural predator, remains a principal cause of mortality in Argentina. 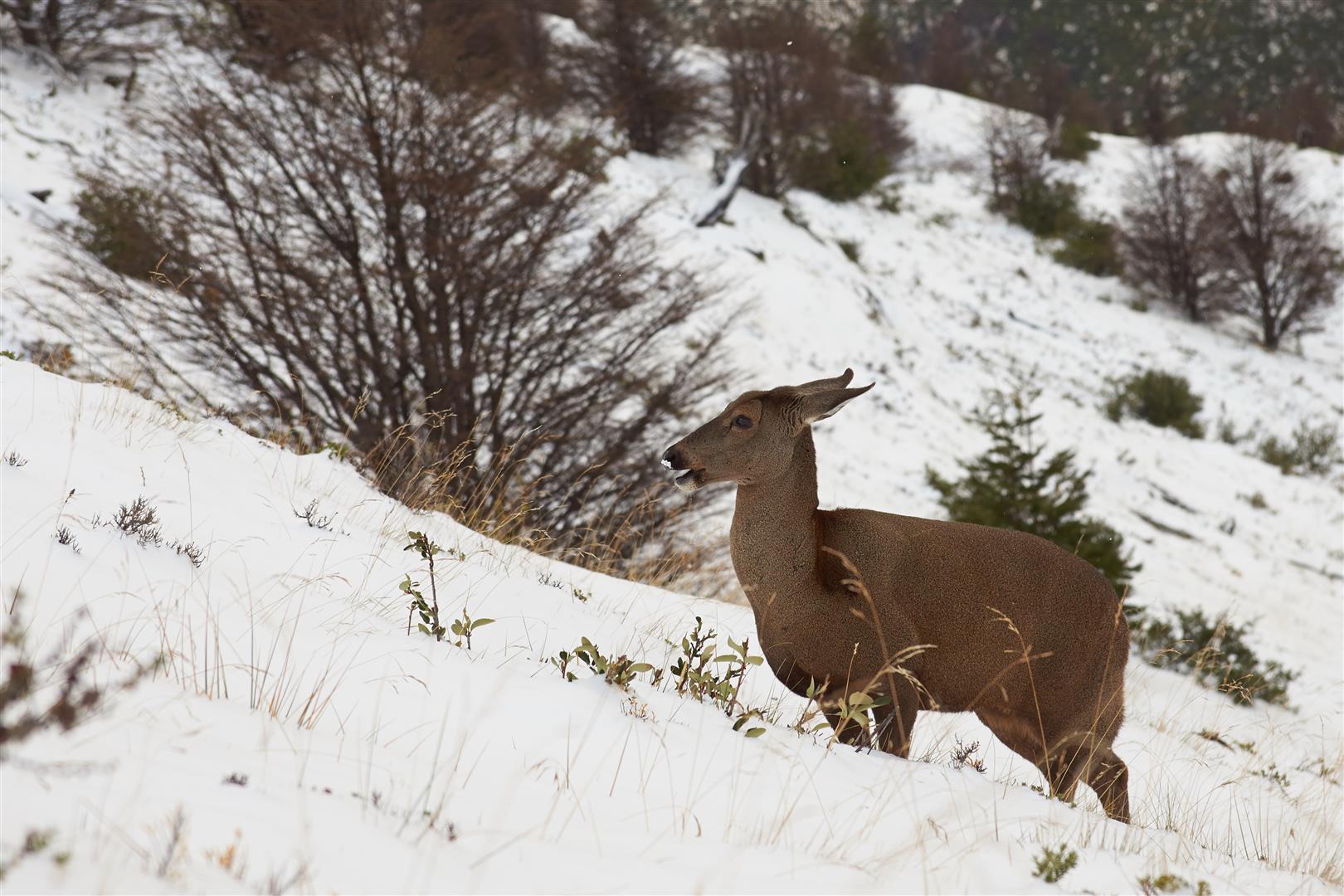 More recently South Andean deer are bouncing back from the brink of possible extinction as a result of collaboration between conservationists and the Chilean government. The South Andean deer are estimated to have suffered reductions of 99 per cent of individual animals since the 19th century, according to the International Union for the Conservation of Nature. Researchers believe 50 per cent of this decline has come in recent years, with only 2,500 deer now left in the wild. It’s a naturally tame and approachable animal, which led to it becoming easy prey for hunters, particularly with the arrival of European colonists in the area who are said to have hunted the deer for meat to feed their dogs. Recent increases by local farmers in the practice of grazing cattle indiscriminately into national parkland for retrieval later in the year has damaged the habitats of endemic wildlife such as the South Andean deer, and, coupled with subsistence hunting of the species, deer populations plummeted. Conservationists claim that joint efforts between scientists, governments, private initiatives and park rangers with policing have halted the declining population. Herds are reported as increasing, with deer coming down from the hostile mountain habitat it had sought refuge in and back to the sea-level valleys where it naturally thrives. 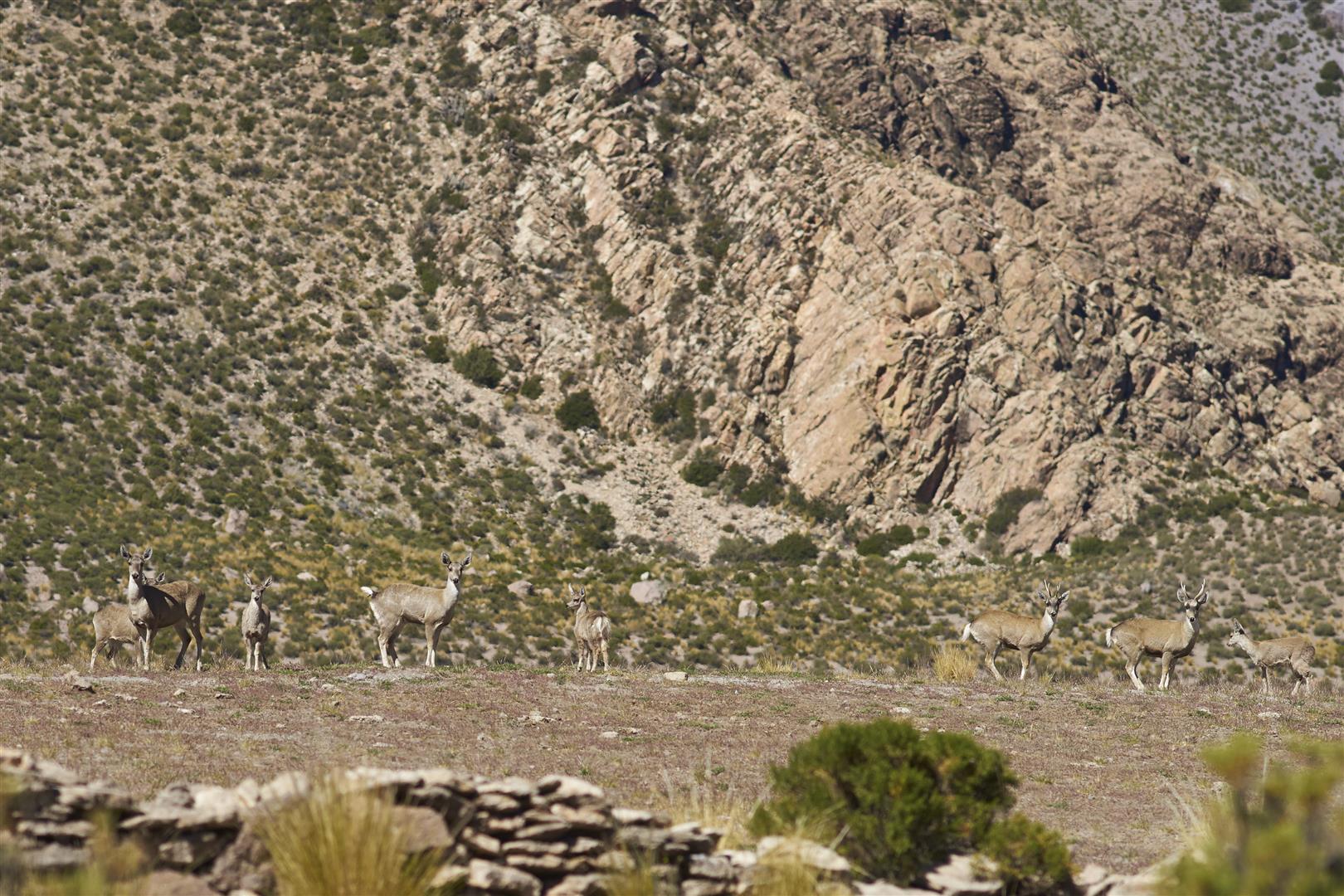 May 28, 2019- Thanks to the accounts of rural settlers living in a remote region of the Andes, rare Huemul deer have been discovered in an area without previous record of the species. While the Puelo Valley is located only one hundred miles from the regional capital of Puerto Montt, Northern Patagonia via an unpaved road and ferry transit on the Tagua Tagua Lake, this mountainous region near the Argentine border has seen little development. The first road arrived to the area only in the last few decades. The area currently lacks the official protection that a park or reserve status would bring. Authorities are excited about this discovery and discussing measures to ensure the protection of them.

Naturally due to the Andean deer surviving in such low numbers there is no hunting available for them.