Thats not a Sika by Alex Rooney

At the end of February my friend asked if I would want to fly up north and chase a sika with him for the sika roar. I changed around my nursing roster and asked for a few extra days off so I could make the trip worthwhile. I’m relatively new to big game as I got into deer when I left home and usually chase reds, so I had never been hunting for sika, as we don’t have them in the south. I had packed up my gear three days earlier than I needed to and got a lift to the airport extra early so I didn’t miss my flight. After getting off the plane I met my friend in wellington and we drove for several hours until we got closer to where we were hunting.

When we arrived, I was eager to get out there for a walk and a glass. We set out walking up the hill to the ridgeline and although it was windy, we had the wind in our favour. After a few hours of warming up our muscles and spotting nothing but hinds, it had been a disappointing evening so far. We decided to walk a bit further and stop in a different spot, my friend knew the area better than me and is a more experienced hunter so I didn’t argue when it came to his instructions. We were out of luck that day as darkness grew closer however it was only the beginning of the trip so we still had time.

The next day we were up before sunrise, the weather so far looked promising but the for

ecast was for rain for the rest of the trip so after a photo of the sunrise we set out to look for a stag, surely the sunrise would mean good luck. We were full of excitement as we made our way back out into the scrub, walking through NZ native manuka, weeds, and tussock towards the hut. The morning wind got strong and bitterly cold and just ate through every single layer of clothing so when we got to the hut we were relieved as we set up a spotting scope to glass the area and hide from the wind.

We saw a nice sika stag through the scope however if we took him we would be poaching, so we let him be, but if we could see him, it was a good sign there would be others close by.

The morning was once again an unsuccessful hunt, but I kept telling myself that being out here was still so much better than being at work. After a few hours of wandering around and glassing different areas and finding nothing, I was feeling frustrated and cold so we decided to head back and wait to see what the weather did. Sika deer have a distinctive black dorsal stripe from the ears to the tail which make cool skins so I was hoping we would be successful today but after a long period of waiting, I was starting to lose hope.

The weather that day was a bit bipolar so we waited for the cloud to burn off so we could see, and we made our way back to the top of the hill, it had cleared enough so we had a good view of the potential stags in the area below us.

It was close to sunset so the deer should be out in the open grazing, sika like the sun so we were paying close attention to looking in the sunny flatter, more grassy areas, in hope to find a nice stag. We were listening out for the call of the sika which is kind of like a donkey call “heehaw” or even a danger
whistle, just any sign that they were close to us.

As we sat there glassing spotting nothing, we moved spots once again, but on our way, we found fresh sign so stopped and hid amongst the bushes to have another look to see if we missed something.

We saw a sika hind first and once again I felt disappointed, but shortly after, a nice big old fallow stag proudly stepped out of the bush and towards a nice and handy open section, he didn’t have a care in the world as he was a little pre-occupied with eating. We watched him move about, not bothered by the other breed of deer close to him. I hadn’t expected to even see a fallow here so he caught me by surprise.
I hadn’t come across many fallow bucks and the ones I had seen were usually near reds in the south-island, and definitely not as nice as this guy was. 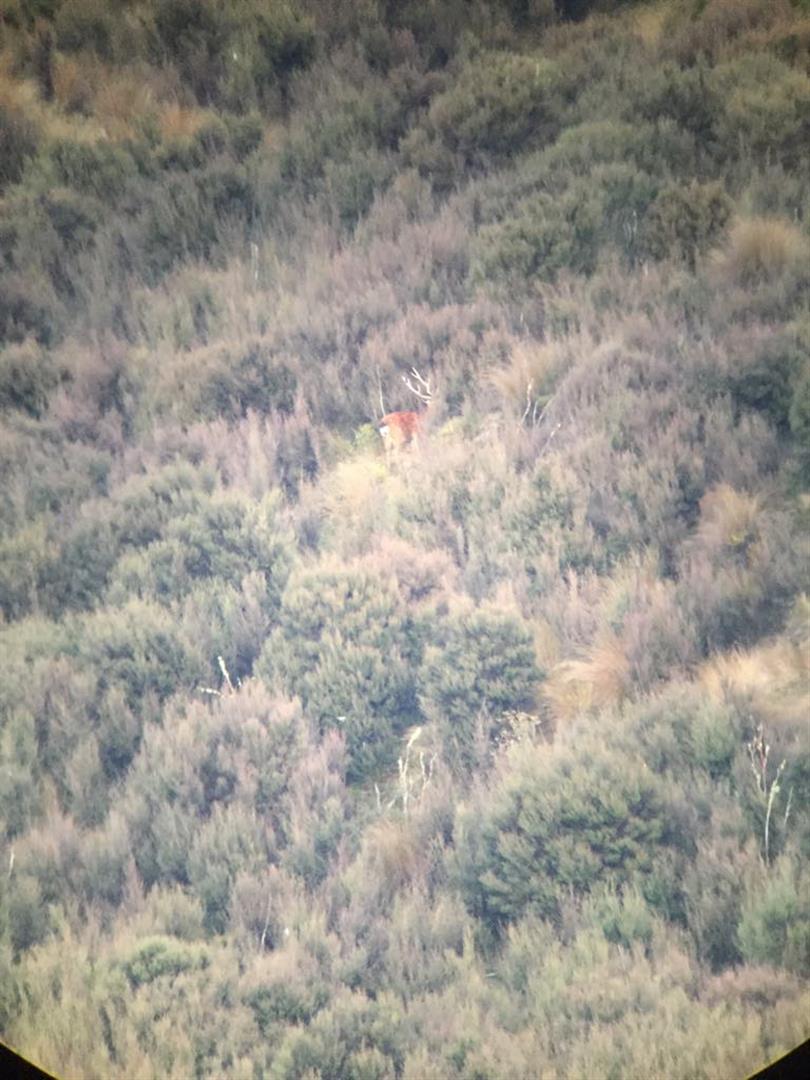 ope. The stag walked behind a tree and I could only see his antlers and neck, and this was the part I knew I wanted to keep so I needed to get on a better angle. Being the impatient person I was, we changed position again so I could get a clear shot. After another 20 minutes laying in dirt and thistles, and repetitively holding my breath, we were lucky he hadn’t seen, heard or smelt us. I lined up the .300 win mag onto the fallow but the sun was still proving to be an issue.

He finally came out of hiding enough to get a good view to where I would shoot him once and drop him humanely.

Without too much more thought I took a deep breath and pulled the trigger aiming for the shoulder and killed him at 350 yards; no need to waste ammo.

I was all smiles, we then made our way over to where he was laying, on the nice open area so it was an easy walk to get to him.

The sika hind and any other chance for a sika stag went out the window for today as they fled with the gunshot, however I was not disappointed! This stag was my first fallow stag and he would look really nice mounted on the wall and Fallow deer meat in my opinion is some of the best venison. I was so proud of this buck it was certainly worth taking.