Thorold’s deer, also known as White-lipped deer is one of the lesser-known deer and one of the world’s endangered deer species. Ecologically it is closely related to the Red deer and in particular to the Tibetan Red deer (Shou). Thorold’s deer inhabit high altitude grassland, shrubland, and forest and is fragmented in its range over the eastern Tibetan Plateau. It occurs throughout the Chinese provinces of Tibet, Sichuan, Qinghai, Gansu, and far northwestern Yunnan. They are found at remote elevations between 3,500 to 5,100 meters (11,500 – 16,700 feet) and share their range with such high altitude species as Yak’s. They, like most deer, are crepuscular in habit and these are gregarious in nature normally living in herds of at lest 10 individuals. At times they can be observed in herds totaling between 200 and 300 animals. During 1998 it was estimated that about 7,000 remain in the wild. There are some recent reports where it is believed their wild populations could be recovering however this is uncertain due to their habit of roaming vast areas. They are also held in captivity with more than 100 held in ISIS-registered zoos (2011). Thorold’s deer were first described by Nikolai Prezhevalsky (1883) with the first specimens procured (1891) by G.W. Thorold after whom the species is named. The species name (albirostris) is derived from Latin, albus (white) and rostrum (snout), referring to the white muzzle and lips. There are Chinese names for it also which originate from its white lips. No subspecies are recognized.

Thorold’s is one of the largest deer with a shoulder height of around 115 to 140cm (45 – 55”). Males weigh between 400 to 510lbs and are significantly larger than females. They are generally brown in colour with a thick and dense coat. They have a darker face. It is reported as having very keen eyesight – this is regularly so with high mountain dwellers. They have shorter, thick strong legs, broad solid hoofs and strong dewclaws that resemble an Ibex or Tahr more than a deer, a wapiti type rump patch and a short tail. They are a deep chested, solidly built deer. It also has long pointed ears. Despite its large size it is extremely agile and very adept at climbing rocks. It can run at considerable speed however this is uncommon practice. Their antlers grow to a little over 40inches in length and can weigh as much as 8.8 kgs. All the specimen-images I could obtain depicted them with very short brow tines, no bez tine, an elevated trez tine with similar to Wapiti type main-beam-tops with a throwback tine. They have been known to grow as many as seven tines per side.

Thorold’s is a high-altitude, stocky built deer that is well adapted to its harsh environment. Their nasal cavities are larger than other deer, allowing them to breath in the sparsely oxygenated, high altitude air. Interestingly, the red blood cells in these deer are smaller than other mammals of similar size and are very numerous; both features assist its ability to utalise the limited available oxygen.
It feeds predominantly on grasses, herbs, sedges, lichens, leaves and bark of trees and at lower elevations browses on willows. 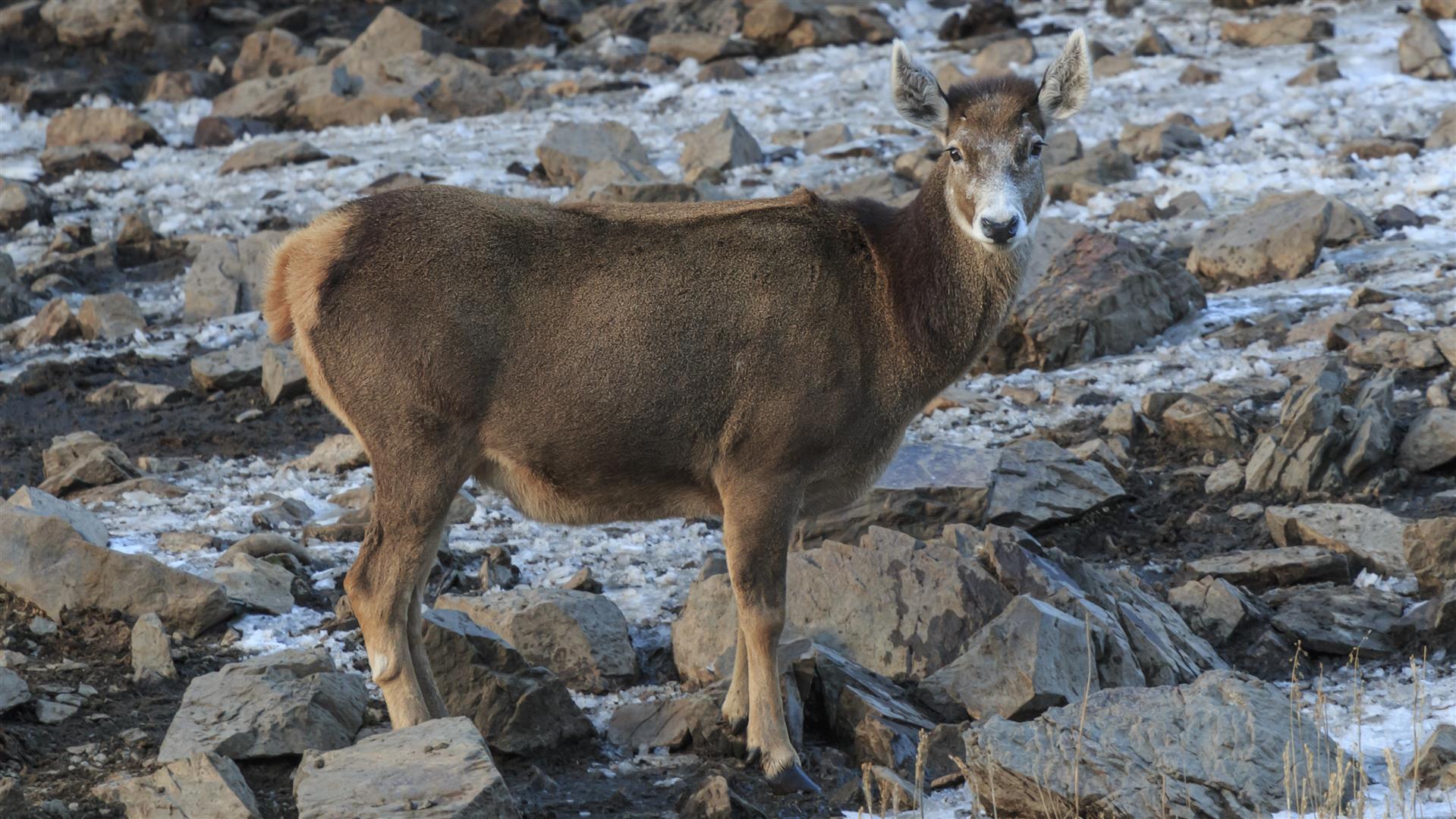 It traditionally has been hunted for its meat, velvet antlers and other organs, which are used for Chinese medicines. Firearms have been confiscated from local inhabitants living within close proximity and due to this poaching has decreased. The species is extensively farmed in China and there is a report of them also being farmed in New Zealand which I have no knowledge of and suspect could be a baseless report. I am aware that attempts were made within New Zealand deer farms to hybridize Red deer with Pere David’s deer, which was from all reports, at best, only moderately successful. On rare occasions both wolves and snow leopard have been known to prey upon Thorold’s deer.

Thorold’s stags can bee seen with herds of hinds during the rut (October) but like most stags of varying species they predominantly live solitary, or in bachelor groups, for the remainder of the year.